What part of running 2 half marathons in 7 days did I think was a good idea? Definitely a tale of two cities and a broken man. 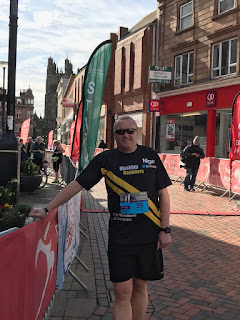 Posted by RunningMan at 11:39 No comments:

45 half marathons done, now only 4 left to complete the first part of my challenge to run a half in every country in Western Europe. 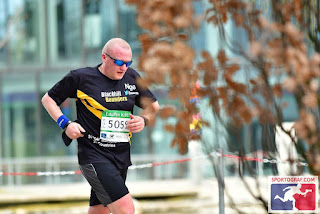 The Laufen Hilft was a great fun event starting next to the Ernst-Happel Stadium. The race combined 3 events, a 5k, 10k and Half Marathon round a 5k lap. The first half of the lap took you down the main boulevard in the park, before turning off to run through the middle of the fair ground, before winding through the back streets back to the Stadium. 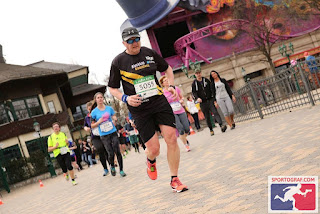 After lap 1 the 5k runners pealed off, after lap 2 the 10k runners finished, then with a little added the 1/2 marathon runners completed a 2 further laps. It really was a fun event with a great atmosphere with great weather. I set off to run 10 minute miles and ended up averaging 10:03 which was exactly what i wanted to achieve. 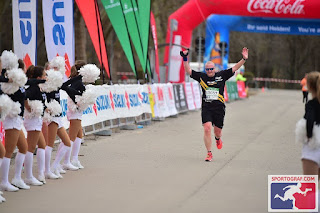 At the end all runners received a wooden carved medal, a first for me. This was followed by an evening enjoying the Austrian hospitality (to excess). 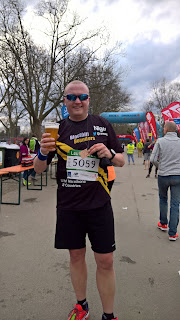 Next stop Wrexham this weekend
Posted by RunningMan at 12:48 No comments: