A little bit away from the European Country Challenge, but took advantage of an American holiday to run the San Francisco Rock and Roll Half Marathon. 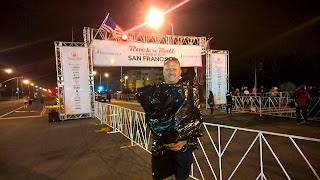 A very early start (04:30am alarm) to get to the start in the dark. Due to restriction on when we could run across the Golden Gate Bridge the race had to start at 06:30am, it was only just dawn. As can be expected with San Francisco the course was very hilly, so decided from the outset to enjoy the race and not worry about any sort of time. 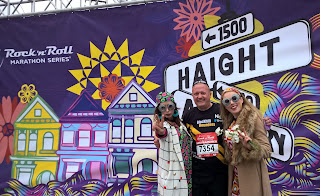 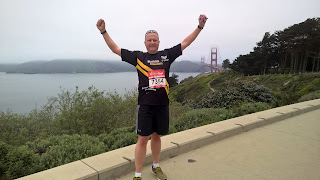 The highlight was running over the Golden Gate bridge - twice. Although the atmosphere, people and American support was great. Another first was having to avoid a dead raccoon on the course? You don't get that in Europe 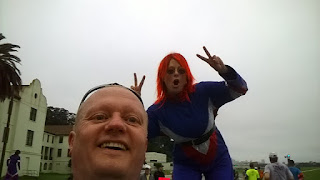 Ran in in just under 2:30, which was slow, but I had a lot of fun on the way. That is half marathon number 40 completed. 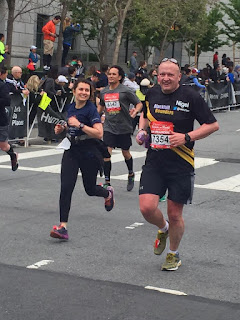