First trip to Finland, and hopefully not my last. The trip to Stockholm and this one to Helsinki have certainly made Scandinavia one of my favourite places to visit.

Early 5am alarm Friday morning to drive to Manchester to catch a direct flight to Helsinki. The plane was surprisingly busy, but it turns out Northern Ireland played Finland on the Sunday in the Euro qualifiers, so majority of passengers had strong Irish accents and a belly full of Guinness for breakfast. 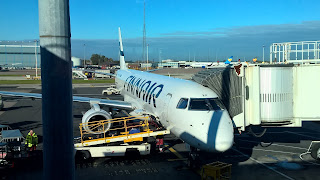 Decided to walk from the hotel to the race HQ to register and pick up my number after arriving Friday afternoon. The receptionist did question why I was doing this, but I was insistent and set off map in hand to walk. It was shortly after this I realised how cold Finland is. Just over an hour later I found race HQ, luckily surviving almost certain hypothermia. An expensive taxi took me back to the hotel, sod walking.

One thing I quickly discovered about Finland is that very few people speak English, not a bad thing but when compared to most other European countries it is unusual. I also discovered that I was the only English person in the race, it was very much a local event, although it claims to be the 2nd biggest running event in Finland (there must be some tiny ones elsewhere). I eventually figured out where the start was and after a couple of failed attempts to find out if it was a multiple or single lap race I gave up and joined the warm up at the start (warm up is essential as otherwise your running shoes would freeze to the ground). 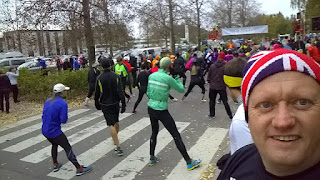 Overall there was about 800 entries for the Half Marathon, but there was also a Marathon and a Quarter Marathon, starting at different times. The race turned out to be 2 laps of a flat course, ran almost entirely on pavements, roads and cycle paths. About 2/3 of the run was through the streets of Vantaan, the remainder in parks and a small amount of woodland.

Really enjoyed the event, which was well organised and marshalled. My Garmin showed a mileage of 13.3miles in 2:09:30. Which very happy with, especially as every mile was ran in under 10 minute mile pace. 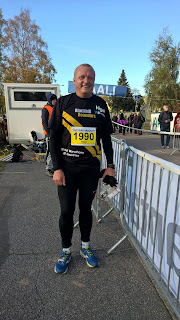 No t’shirt at the end, just a yoghurt, apple juice and dried Finnish bread and a cheese slice (plus a free coffee). You did get a sort of medal but it had no ribbon or means to attach a ribbon to.

After a visit to the hotel sauna (not mixed, before you ask), jumped on the train to Helsinki and with a quick bit of TripAdvisor research had a fantastic meal of smoked fish, Elk meatballs and local beer. 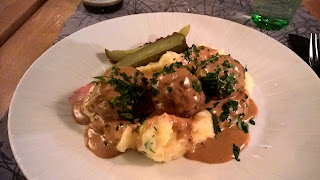 The 4:30am alarm on Sunday morning was a bit of a shock to the system, but meant back in the UK in time for Sunday lunch.

38 races now complete, next race is booked for March in Paris. Will definitely be heading back to Finland and Scandinavia sometime in the future.

Some things I found out about Finland in my brief visit (not necessarily all true):

Week commencing 27th December 2010 I ran 15 miles in the week, last week I ran 18 mile, every week in between those dates I have never ran less than 10 miles. 250 weeks consecutive running at least 10 miles. In those 250 weeks I have ran 754 times covering 4015 miles including 1 marathon and 28 half marathons. The longest run was the London Marathon, the shortest carrying the Olympic Torch (not bad extremes)

Think I may be slightly obsessed with this running lark and a little OCD with statistics.
Posted by RunningMan at 18:00 No comments:

Not a running challenge, but 3 great days spent cycling from Whitehaven on the West Coast to Tynemouth on the East Coast with 50 other great blokes 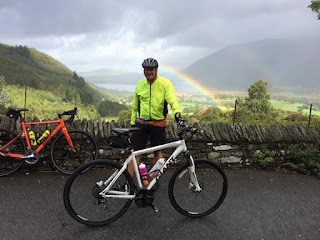 140miles, 9000 feet of climbing, over 10,000 calories burned and several units of alcohol consumed. I was over the moon to make it up the 4 big climbs without having to get off the bike. Winnlatter, Hartside Pass, Gallowgill and Crawley Side all conquered. Next year looks like a ride from Edinburgh to Newcastle. 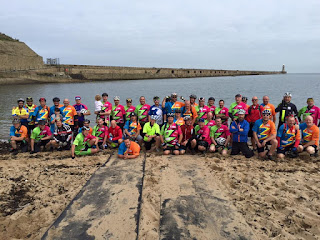 Posted by RunningMan at 13:59 No comments: