The Great North Run can learn a lot from the Paris organisation, stick a few police around with sub machine guns and people certainly obey instructions. 47,000 runners and nowhere near the congestion you get running from Newcastle to South Shields.

Hats off to the French they staggered the race start to the point that the winner had finished the race before the last person crossed the start line 1 hour 10 minutes after he had. The course is a flat route from Chateau De Vincennes East of the city centre running through the Vincennes Park before heading off into Paris passing the Bastille area, the Hotel de Ville and then City Hall before following the banks of the Seine back towards the park and the finish. 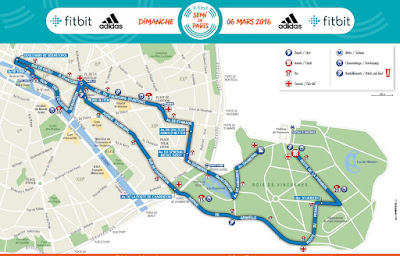 The support was not as prevalent as the Great North, but that worked well for the support crew who came with me who managed to spectate at the start, 4 miles, 7 miles and the finish by jumping on and off the Metro.
Having been full of cold for the preceding days combined with an upset stomach, things didn’t bold well. However the cold temperature did make for good running conditions. The first 7 miles went fine at a reasonable pace (for me anyway), then lack of fitness and feeling crap took effect and the pace slowed drastically. Still managed a steady 2:17, and as I am too old to worry about times, I am happy with that. 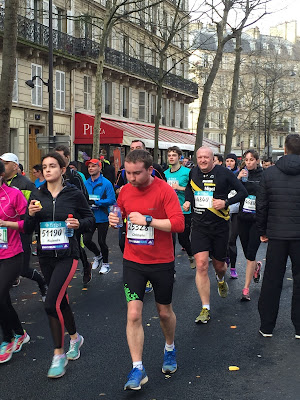 The couple of things I did learn with the Paris Half Marathon Experience are:
Another country ticked off, my map of Europe is slowly turning green 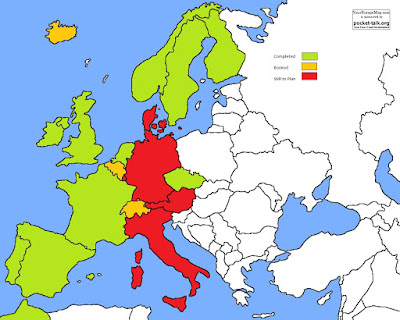 4 weeks now until Half Marathon Number 40, a bit off piste from the #runeurope challenge, running across the Golden Gate Bridge twice as part of the San Francisco Rock and Roll Half Marathon.