Second year taking part in the Barnard Castle Triathlon, a great event with a 400m pool swim, a hilly 17 mile road bike and a 5k cross country run. Time was slower than last year as taking it easy after last weeks Stockholm 1/2 Marathon and in advance of this weeks Coast to Coast Bike ride. 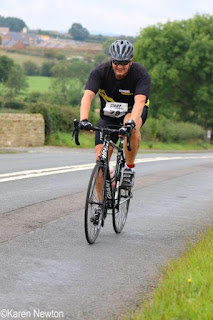 I obviously saw the camera on the bike ride, as i am very obviously over smiling!!

Posted by RunningMan at 08:01 No comments:

First visit to Stockholm, in fact first visit to Sweden. A great city, now up there with the best I have visited. Only downside was how expensive the city was (£10 per pint is enough to make you consider being teetotal). We even managed to stumble on a Gregory Porter Concert the night before the race. 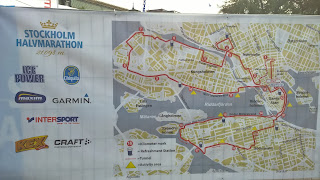 The race started below the grand palace and headed through the city centre, along the river banks, through parks and over bridges. A really enjoyable race although it was a lot hillier that expected. There were very few negatives about the event and organisation other than some of the paths in the parks were a little too narrow and even though the event was partially sponsored by Garmin, a 1km tunnel near the start made the data on my Garmin watch all wrong. 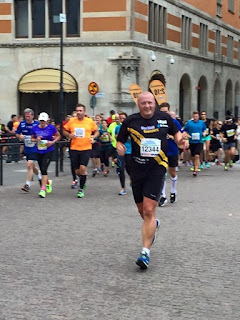 I managed to start next to the 2:10 pacers and stayed with them for the whole race, finishing off in 2:08:41. A celebratory meal of pickled herring and Elk meat balls followed, with a couple of very expensive beers. 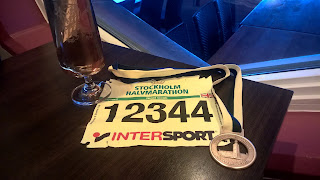 No T'shirt at the end of the race, only a water bottle, medal and assorted sweets etc. Definately a city worth visiting. Next stop Helsinki in October for Half Marathon number 38 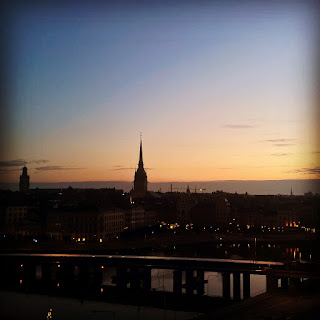 Posted by RunningMan at 13:43 No comments: