This has to be one the most picturesque half marathons I have done. First half is through the Swiss countryside past vineyards, fields and villages, all with a back drop of the Alps. Just after halfway there is a non Garmin friendly tunnel (a pain when you are trying to track your pace), then a downhill to the shore of Lake Geneva. After 3 or 4 miles along the shore the run goes through the streets of the city itself then turns for the last mile along the lake shore again. The finish is halfway across one of the bridges in the city. 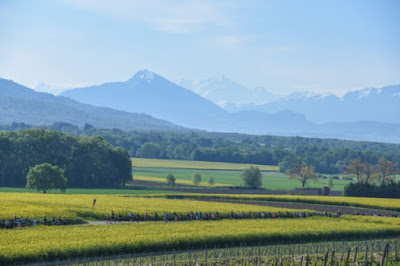 The organisation was excellent (they even issued suntan cream) and the support on route equally as good. I had loads of runners talking to me about the 50 half marathon challenge which eases the journey. At the start I bumped into a celebrity runner, the lovely Julie who founded the website www.toofattorun.co.uk, and has the Twitter name @fattymustrun. Fortunately I had seen on Twitter she was running and had looked up her first name, although she did say often people just shout “fatty” to her anyway, she wasn't bothered. 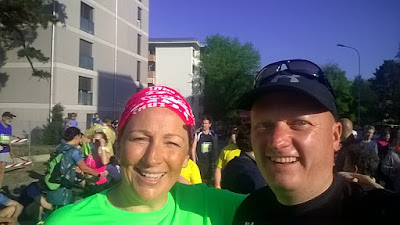 The only negative was the heat, it reached 23c today which made it tough going. I managed the first 10k in just over an hour, but then the sun started to get hotter and my pace drastically slowed. I finished in about 1:18, which given the heat I am happy with. 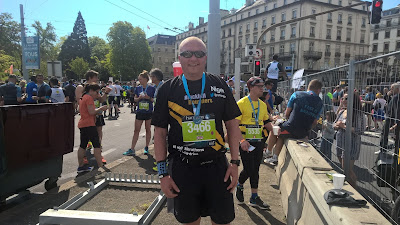 The things I learned on this run:


Next stop Brussells in 4 weeks

Posted by RunningMan at 07:56 No comments:

Not a half marathon, but a very memorable run as it was the first time i have ran a race with my wife Victoria. It was her first ever race and first time at that distance. For someone who didn't run until very recently she did amazing.


A great photo out of it as well 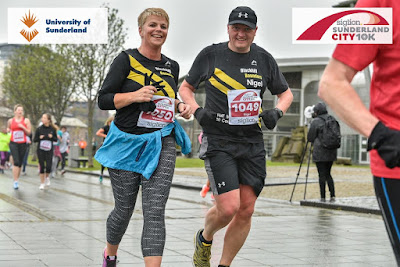 Next stop Geneva on Sunday
Posted by RunningMan at 17:10 No comments: