Preparation for this race was not good. A busy day prior driving over 300 miles to eventually get to Luton. Staying over night before a 4:30am alarm to fly to Iceland. A look round Reykjavik to while away the hours before the race start at 9:20pm (10:20pm UK). Completely shattered before I even started.

It wasn't a big race with only 3000 runners between 3 events; 5k, 10k and half marathon, there was however over 30 countries represented, including a lot of British runners. At the start I bumped into 5 lads from North East Front Runners who had done Blackhill parkrun the previous week. 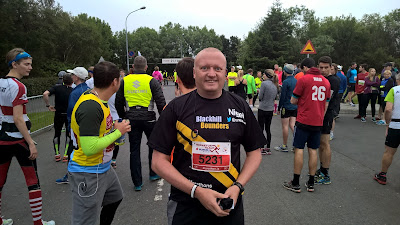 The route was excellent, the first and last miles on closed roads, then the rest a giant loop through the countryside on Tarmac tracks. Although there were always houses in sight the path followed streams, went through parks and even crossed a golf course. The only issue was the hills, on one serious one, but there seemed to be a lot more ups than downs. As is becoming the norm, the first half of the race went well, then my lack of fitness and niggles from my calfs started to slow me down significantly. The last few hills were particularly tough, but I got to the end and ticked off half marathon number 43 and Iceland as a country. 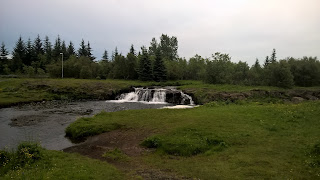 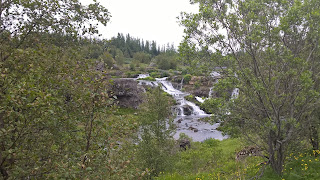 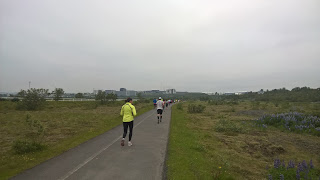 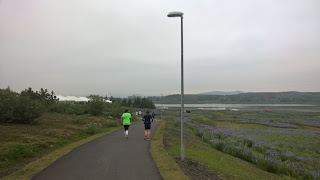 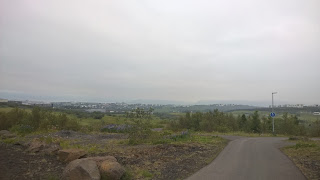 Bad planning again, I eventually got back to my hotel after being awake for over 24 hours only to set my alarm for 3 ½ hours later to fly home, via Luton and Friday afternoon drive north.

Probably one of the cheapest entry fees I have come across recently, however Iceland as beautiful as it is, is very expensive. The one beer I had at the end of the races was £6 for bottle!

The Map is slowly turning Green 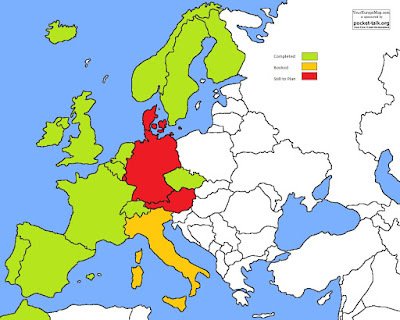 Next stop Monza in Italy in September
Posted by RunningMan at 21:19